First Lines Fridays: Once there was..

Once there was, and one day there will be. This is the beginning of every story.

Once there was a world called Kelanna, a wonderful and terrible world of water and ships and magic. The people of Kelanna were like you in many ways–they spoke and worked and loved and died–but they were different in one very important respect: they couldn’t read. 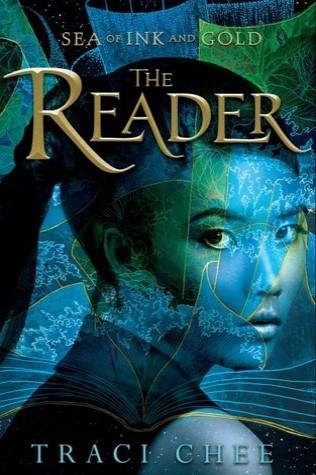 An instant New York Times Bestseller, this is a stunning debut set in a world where reading is unheard-of. Perfect for fans of Inkheart and Shadow and Bone

Finalist for the Kirkus Prize and nominated for the Goodreads Choice Award!

Sefia knows what it means to survive. After her father is brutally murdered, she flees into the wilderness with her aunt Nin, who teaches her to hunt, track, and steal. But when Nin is kidnapped, leaving Sefia completely alone, none of her survival skills can help her discover where Nin’s been taken, or if she’s even alive. The only clue to both her aunt’s disappearance and her father’s murder is the odd rectangular object her father left behind, an object she comes to realize is a book—a marvelous item unheard of in her otherwise illiterate society. With the help of this book, and the aid of a mysterious stranger with dark secrets of his own, Sefia sets out to rescue her aunt and find out what really happened the day her father was killed—and punish the people responsible.  (from Goodreads)

When I went on my reading hiatus, I missed so many good books. Because I stopped reading for so long, I feel like there was an explosion of diverse books. It’s been exciting seeing book after book with BIPOC main characters. A set of books I missed is Traci Chee’s The Reader Trilogy. I’ve had the trilogy on my shelves for nearly a year and am looking forward to finally starting them soon.

2 responses to “First Lines Fridays: Once there was..”