Hunter Yee has perfect aim with a bow and arrow, but all else in his life veers wrong. He’s sick of being haunted by his family’s past mistakes. The only things keeping him from running away are his little brother, a supernatural wind, and the bewitching girl at his new high school.

Luna Chang dreads the future. Graduation looms ahead, and her parents’ expectations are stifling. When she begins to break the rules, she finds her life upended by the strange new boy in her class, the arrival of unearthly fireflies, and an ominous crack spreading across the town of Fairbridge.

As Hunter and Luna navigate their families’ enmity and secrets, everything around them begins to fall apart. All they can depend on is their love…but time is running out, and fate will have its way. 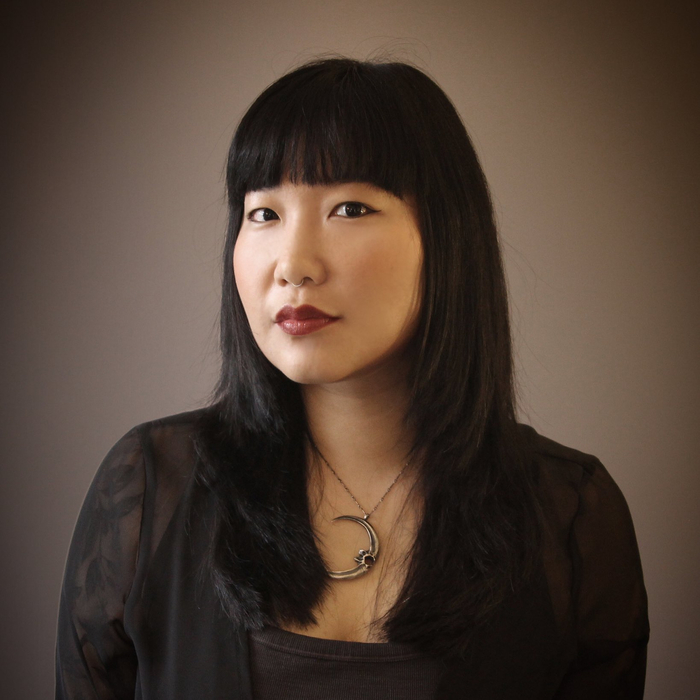 Emily X.R. Pan is the New York Times and National Indie bestselling author of THE ASTONISHING COLOR OF AFTER, which won the APALA Honor Award and the Walter Honor Award, and received six starred reviews. It was also an L.A. Times Book Prize finalist, longlisted for the Carnegie Medal, and named by TIME Magazine as one of the 100 Best YA Books of All Time. Emily co-created the FORESHADOW anthology and teaches creative writing at New York University and other institutions. She lives on Lenape land (in Brooklyn, New York), but was originally born in the Midwestern United States to immigrant parents from Taiwan. She received her MFA in fiction from the NYU Creative Writing Program, where she was a Goldwater Fellow as well as the editor-in-chief of Washington Square Review. She was the founding editor-in-chief of Bodega Magazine and has been awarded residencies at Djerassi (2017) and Caldera (2019). She spends her free time playing the mandolin, making art, and training her furry dog-beast to balance on strange objects. Visit Emily online at exrpan.com, and find her on Twitter and Instagram: @exrpan.

**I was provided a copy of the book through TBR and Beyond as a Tour Participant . I voluntarily read and reviewed it. All opinions are my own.**

Before proceeding, I need to thank Veronica at Little Corner Reads (@littlecornerreads) for an impromptu discussion. It helped me pull my thoughts together. She’s also on the tour, so be sure to check out her “five reasons to read the book” on April 17th.

The book is a complex tale of growing up and making connections for two individuals who are stifled by their families. Luna is the seemingly perfect student and perfect daughter with many possibilities before her, but her father limits all her opportunities to only one. Hunter is Luna’s opposite with his reputation for being a troublemaker and is often blamed by his father for things that go wrong. Their attraction is immediate, and their budding relationship is cultivated through multiple interactions infused with magic from the first time they meet. Luna and Hunter’s relationship anchors the book. Their relationship is so carefully crafted that I was still analyzing it days after I finished reading the book. (Fine, I’m still doing it right now). The romance gives new meaning to the declaration that “the world may be falling apart, but we’ll still have each other.” The world is literally splintering open, yet Luna and Hunter continue to cling to other.

I was taken by the way the story was so carefully constructed. The mystery and the magic urged me forward, page after page. Despite my dislike of too many narrators, I was less bothered here because each piece helped to fill the holes. Hunter’s and Luna’s chapters were sometimes separated by other characters, but the chapters were just long enough to keep me engaged but short enough that I didn’t want to just rush through them.

My frustration at the beginning quickly gave way to intrigue over the mystery: “Why are there cracks? Why are there fireflies? Why is there animosity between families? Why? Why? Why?” I was constantly trying to unravel the connections between the characters and the strange occurrences. However, the frustration seeped its way back in as some answers were not forthcoming, especially as the ending drew closer. Jason Mendoza from The Good Place described the feeling best: “I’ll go to a Skrillex concert and I’ll be waiting for the bass to drop and it…it’ll never come.” The bass eventually drops, as did my mouth and my chest and the book. And, oh, what an ending it was!

An Arrow to the Moon is a magical retelling, and Pan successfully creates a contemporary myth, but my head and my heart were at war. My heart told me this is one of the more unique retellings I read this year, and it was an excellent read. My head kept telling me not to let my heart run away with itself as I often let it do. Despite being drawn into the story, I still had questions. I’ve decided the intricacies of the novel will likely be uncovered best through discussion and further rereading. I’m all ears/eyes/fingers if anyone wants to continue to discuss the book. If anyone is hosting the author for book club, don’t forget about me!

I’d recommend the book to individuals who like contemporary retellings and enjoy analyzing novels. (I mean, is the sky blue because it’s blue, or is it blue because it’s a metaphor for some other reason? Someone tell me!)

**Thank you to TBR and Beyond Tours for allowing me to be part of the tour. Thank you to the publisher for an advanced copy of the novel.**

Books, Reviews, Tours
2022, 4 stars, An Arrow to the Moon, Contemporary, Emily X.R. Pan, Fantasy, retelling, romance, TBR and Beyond, YA