Cassia was always one maneuver away from her last breath.

Every day was like a siege. Each decision she made, no matter how small, must fortify her defenses. She excelled at the practice of protecting herself. She lived by it.

One wrong move, and the king would destroy her. 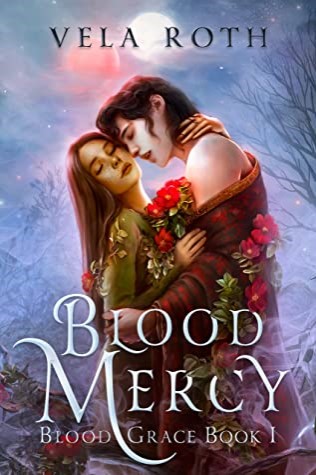 One human. One immortal. Will their alliance save the kingdom, or will their forbidden love be a death sentence?

When Cassia seeks out a Hesperine, he could end her mortal life in a heartbeat. But she has no fear of his magic or his fangs. She knows the real monster is the human king, her father. If he finds out she’s bargaining with his enemy, he’ll send her to the executioner.

As a Hesperine diplomat, Lio must negotiate with mortals who hate him. Cassia is different, but politics aren’t why she captivates the gentle immortal. He wants more than her blood, and if he can’t resist the temptation, he’ll provoke the war he’s trying to prevent.

Blood and Ash fans will love this slow-burn, steamy romance with classic fantasy worldbuilding. Follow fated mates Cassia and Lio through their epic love story for a guaranteed series HEA.

I finished reading this last month and am preparing a review, but wanted to share it. What do you think of the first lines?