First Lines Fridays: I can tell…

I can tell someone when they’re going to die. All I need is a lock of hair and their soul. 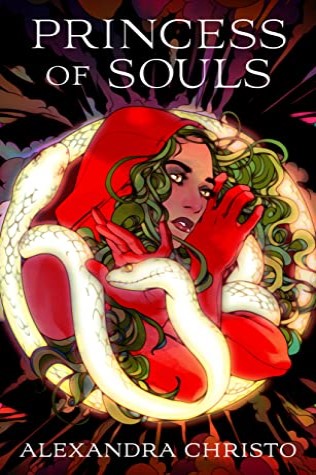 For sixteen years, Selestra has been trapped in her tower on the Floating Mountain, preparing to take her mother’s place as the King’s Witch, who foretells deaths in the Festival of Predictions. Outrunning your fate earns a wish and the chance to steal the King’s immortality. But die and your soul is forfeit. And though thousands have tried, nobody has ever beaten death.

A soldier in the King’s army, Nox is an unlikely candidate for the Festival, but, driven by revenge, he is determined to steal the King’s immortality and kill the entirety of his court, starting with Selestra.

Yet when Selestra touches Nox in her very first prediction, their fates become entwined, and death seeks to take both their souls. Only by working together can they survive long enough to escape the dark fate and the immortal King that now hunts them.

This is one of the best lines I’ve read in a while. I was going to hold off on reading the book, but I was hooked.

Does the first line sound interesting to you?

3 responses to “First Lines Fridays: I can tell…”