HOW IT WORKS:
Six Degrees of Separation is a meme that began with Annabel Smith and Emma Chapman and has been hosted by Kate over at Books Are My Favourite and Best since 2016. Each month a new book is chosen a starting point and linked to six other books to form a chain. Links can be formed in any way you want, including authors, themes, keywords, and pretty much anything.

Join in by posting your own six degrees chain on your blog and adding the link in the Linky section (or comments) of each month’s post. If you don’t have a blog, you can share your chain in the comments section. You can also check out links to posts on Twitter using the hashtag #6Degrees

BLURB: In a small American town, the local residents are abuzz with excitement and nervousness when they wake on the morning of the twenty-seventh of June. Everything has been prepared for the town’s annual tradition—a lottery in which every family must participate, and no one wants to win.

What’s given is I haven’t read the book (hehehe). This one sounds really interesting and wow does it have a bunch of reviews and ratings! I read some of the reviews and it’s such a dark tale.

1. Although residents in the town might not want to participate in The Lottery, it is considered a great honor to be chosen as the human sacrifice in the Crossing, a race between the kingdom’s heirs in The Kinder Poison. Zahru sneaks into the palace to participate in the celebrations before the Crossing and unwillingly becomes the human sacrifice. Now, she has to find a way to beat the odds and not be killed. (My review) 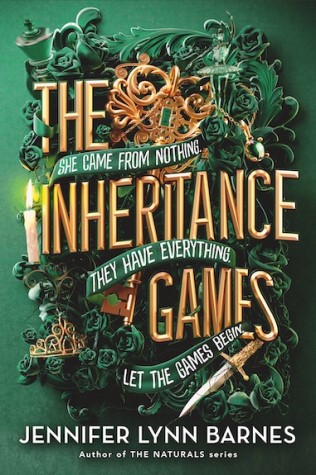 2. The Inheritance Games has a different kind of human sacrifice as seemingly random girl Avery is named heir to billionaire Tobias Hawthorne’s fortune. She becomes the target for the family as they try to understand how and why she controls what should have been their billions and they do not. Tobias Hawthorne leaves behind clues for his grandsons and Avery to solve. This was a page turner. I ended up binging the book and its sequel. Now I have to wait a whole year for the third book.

3. Like Avery, Will becomes the reluctant heir to an apartment when his estranged uncle dies and leaves it to him in Love at First. Inheriting the apartment also means “inheriting” his uncles neighbors, which leads Will back to a woman he never forgot, one he only glimpsed when they were still teens. This is a slow read but it’s so good. The quirky side characters add a lot of charm to the book. (My review)

4. A ghost is in need of a new master after his old master dies. Bound by blood to his old master, his new master must also share the same blood. In The Girl and the Ghost a lonely little girl unknowingly inherits a ghost, who becomes her best friend. When their friendship is threatened by the arrival of a new friend, the ghost turns vengeful. This was the first middle grade read I’ve read as an adult, that I can remember at least, and I was completely charmed by it. (My review) 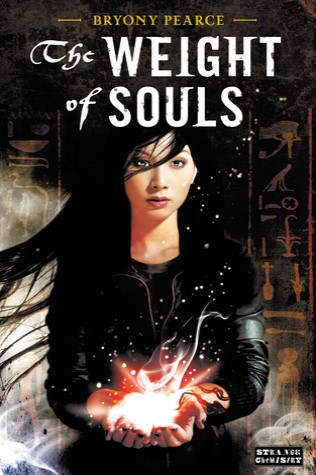 5. A young woman bears the burden of a curse passed through her mother’s lineage only to daughters. When marked by the ghosts of murder victims, Taylor must find the murderer and pass on a mark or else the Darkness that comes with the mark will take her instead. When she is marked by a murdered bully from her school, she has to work with his ghost to pass on the mark. I enjoyed the The Weight of Souls but there are a few loose ends, as though a sequel was in the works. Alas, there is no sequel in sight. I guess I should just be thankful the ending isn’t exactly a cliffhanger.

6. Scars marked on one’s body is the consequence of using magic to harm others in Mark of the Wicked. Matilda has scars from using her magic for revenge and to become popular, but a spell given to her hides the marks. Without having to pay the consequences, Matilda uses her magic frivolously until a spell goes wrong. Suddenly, unexplainable things begin to happen and Matilda cannot be sure if she is the cause. The book is perfect for Halloween but it does drag a little bit. I nearly stopped reading it but pulled through. Whew! (My review)

ENDING BOOK: Mark of the Wicked by Georgia Bowers

When deciding on this month’s chain, I wanted to go with games. As with many games we play, the chain started taking a life of its own and decided that rather than games it would be linked through choice, or lack of it in some of these cases. Individuals are chosen to become sacrifices or to inherit gifts. I get to end this chain with a book perfect for the upcoming holiday. Until the next one!